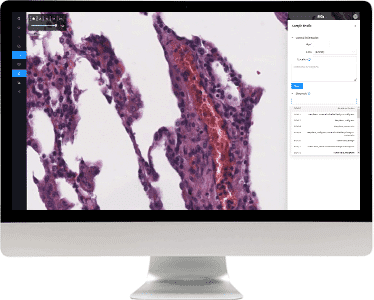 The International Classification of Diseases for Oncology1 (ICD-O) was first published in 1976. Since then, it has been internationally recognized as the definitive classification of neoplasms. Cancer registries throughout the world use it to record the incidence of malignancy and survival rates. The data produced are used to inform cancer control, research activity, treatment planning, and health economics.

ICD-O consists of two axes (or coding systems), which together describe the tumor:

The third edition of ICD-O (ICD-O-3) has been available in printed format since 2000. In September 2011 the classification was updated with a number of new or modified codes and terms (ICD-O-3 First Revision, or ICD-O-3.1).  The WHO/IARC Committee for ICD-O-3 approved all those changes.

ICD-O-3 online now makes available ICD-O-3 and ICD-O-3.1 as fully searchable electronic resources. In other words, the alphabetical index of the printed book has been replaced with an efficient search tool. Firstly, the user can quickly identify specific entities. Secondly, WHO/IARC is now able to enhance the listings with useful definitions of entities from the WHO/IARC Classification of Tumours series and other sources.

The International Classification of Diseases for Oncology (ICD-O) is a dual classification, with coding systems for both topography and morphology.

The topography code describes the anatomical site of origin of the neoplasm. Generally it uses the same categories as in the neoplasm section of Chapter II of the International Statistical Classification of Diseases and Related Health Problems. However, some of the individual codes are different in 10th Revision (ICD-10). The code always has a prefix of “C”. This prefix is then followed by a three-digit number. The number indicates the site (two digits) and the subsite (one digit), separated by a decimal point. For example, in C18.4, the C18 indicates that the site is the colon and the 4 indicates that the subsite is the transverse colon.

The morphology code describes the characteristics of the tumor itself, including its cell type and biological activity. The code is composed of five digits. The first four digits indicate the cell type or histology. Last one digit indicates the behavior. The first four digits are separated from the last (behaviour) digit by a forward slash (/). The behavior digit can be:

The Morphological codes tab at the top of the page provides:

Selecting one of these options will then provide a listing in numerical code order, from 8000/0 to 9992/3.