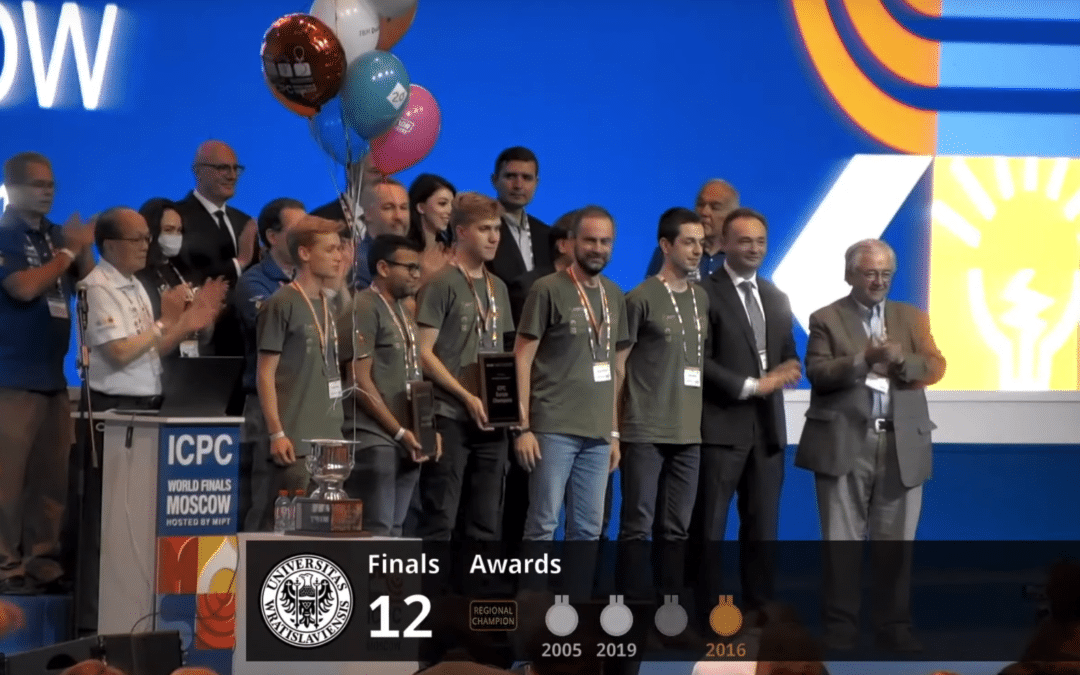 ICPC 2021 winners belong to Cancer Center team. That is to say, the team from the University of Wrocław, consisting of two developers from Cancer Center: Jarosław Kwiecień and Adam Zyzik, won the SILVER medal at the ICPC World Finals.

The host of the event was Moscow Institute of Physics and Technology. The event took place on October 1-6, 2021.

The International Collegiate Programming Contest is an algorithmic programming contest for college students. To clarify, teams of three, representing their university, work to solve the most real-world problems. During the competition participants foster collaboration, creativity, innovation, and the ability to perform under pressure. Most importantly, teams challenge each other to raise the bar on the possible. Further, ICPC gets into more than 50,000 students worldwide per year and more than 3,000 universities from 111 countries.  Quite simply, it is the oldest, largest, and most prestigious programming contest in the world.

World Finalists are among the best of the best future software engineers, computer scientists and developers. In the future they will probably take part in mission-critical digital services. In short, we are proud to have such preeminent colleagues in our team.

Jaroslaw Kwiecien and Adam Zyzik work in Cancer Center as data scientists and full stack developers. They are both fascinated with Artificial Intelligence techniques. Jaroslaw is a huge fan of functional languages. Adam likes to work on projects where maximizing throughput or minimizing latency is important. They are both addicted to participating in programming contests. To participating and, as it can be seen, winning  :).