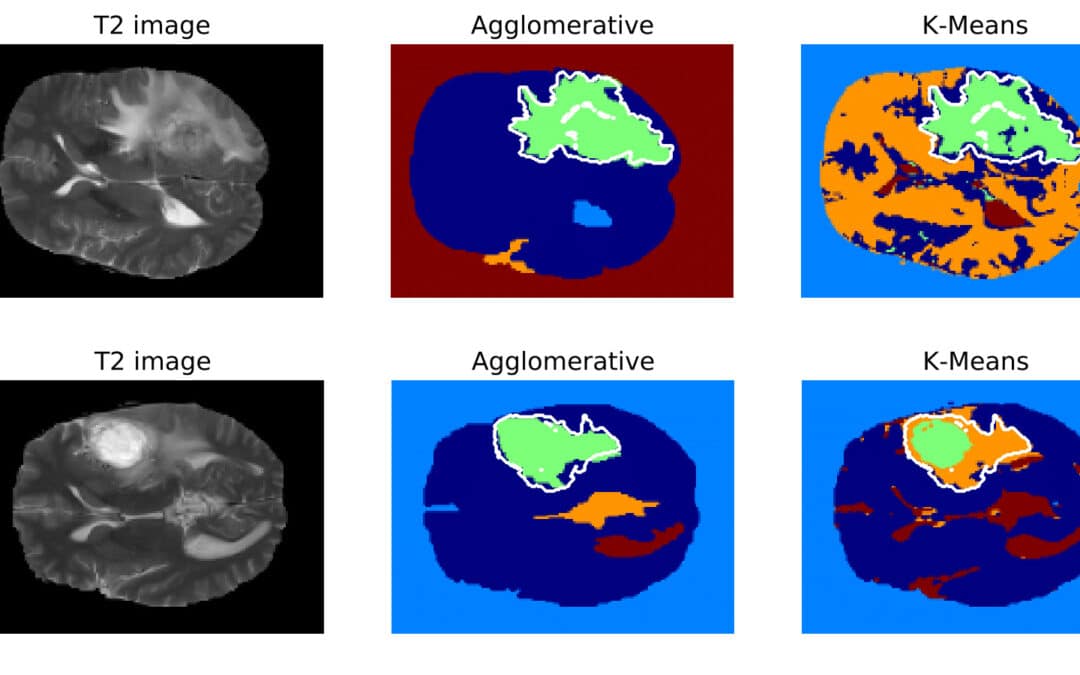 Cancer Center performed MRI Analysis of brain tumor to compare radiology and pathology classification. Firstly, we researched and built a segmentation mechanism for the MRI scans (ROI selection). Secondly, we researched and built a classifier based on the segmented radiological images. In the end, we combined the pathology-based classification with radiology-based classifier. Next part of the study was to find the correlation between MRI analysis and pathology based classification. Finally, the study measured existing scientific approaches and compared them to the one we proposed in the paper.

The goal of this project was to build segmentation and classification based on MRIs of brain. Radiology images of the same patient varied in terms of shape, average intensity level and head position. Both Otsu and adaptive method based on the histogram peaks were able to extract binary mask of the head. However, the challenging part was to select the proper cluster, that corresponds to the tumor area. We were unable to do that using only single (primary) segmentation algorithm. Symmetry analysis of the hemispheres proven to be versatile tool for the cluster classification (whether it is a tumor or not). In the areas that was not affected by tumor, the asymmetrical differences were subtle.

Intensity, shape, position and textural features were extracted from the T1, T1C, FLAIR and T2 scans. Based on evolution and selection of features tumor position and distribution of intensity in FLAIR image was most relevant. According to the literature Oligodendroglioma often occurs in frontal and temporal lobes. It proven to be truth in our data set. If we would have only the position of the tumor, cross-validation classifier would have an accuracy of 70% (std: 12). Distribution of intensity in FLAIR scan had high correlation and the highest importance. In the T2 scans lesions always had high intensity. However in FLAIR lesion were either partially bright or dark. Textural pattern based classification requires more samples to be effective. Random Forest classifier validated with k-fold cross validation had average accuracy of 87.0% (std: 12.991).